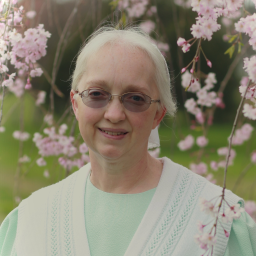 We often see a cross.

For seventeen years we lived across the street from a large graveyard. Many gravestones had a cross engraved on them. Or we might see a cross at the side of the road at an accident site where someone died. What does Jesus think when He sees a cross? What does it remind Him of?

We humans often have a revulsion for a place or objects where we were deeply traumatized, or hurt, wounded, or received the damage of a broken heart.

Jesus suffered unspeakably. The wrath of God was poured out on Him. The wrath that rightfully belonged to us because of our sin. So what is Jesus reminded of, what does He feel when He sees a cross?

“And you, being dead in your trespasses and the uncircumcision of your flesh, He has made alive together with Him, having forgiven you all trespasses, having wiped out the handwriting of requirements that was against us, which was contrary to us.

And He has taken it out of the way, HAVING NAILED IT TO THE CROSS. Having disarmed principalities and powers, He made a public spectacle of them, triumphing over them in it.”
Colossians 2;13~15

He has taken it out of the way, HAVING NAILED IT TO THE CROSS.

So what does the cross make Jesus think of? This symbol of His gruesome torture and death? This place of execution of The Holy One, who had done nothing except good...ministering to the broken, the needy, the wounded. Spreading love and mercy and grace.

The cross....It is to remind me of the cost.

Thanks for enjoying my blog! Hi, I'm Betty, and I live in central Ky, with my husband, daughter, one dog and one cat. I am passionate about relationships, home-making and wordsmithing. In this blog I write about the things I am passionate about, as well as sharing stories of my life, past and present. My hope is you enjoy reading these stories as much as I enjoyed writing them!

Blogs are posted about once or twice a month, or as inspiration hits.

Please log in again. The login page will open in a new tab. After logging in you can close it and return to this page.